Are you a BIG THINKER?
Rutgers Institute for Advanced Materials , Devices and Nanotechnology; Rutgers Energy Institute; and the Rutgers NSF-IGERT Programs are sponsoring a student competition open to all undergraduate, graduate, and post-doctoral students to solicit and share our best ideas.

Grand Challenges are ambitious yet achievable goals that capture the public’s imagination and that harness innovation and breakthroughs in science and technology uch as putting a human on the moon and the human genome project.

Who can enter: All undergraduates and graduate students, as individuals or teams (post-docs may be included as part of a team).

How to enter: Submit the title of your Grand Challenge by email to jrbernst@rci.rutgers.edu by Monday, November 14, 2012, with contact information for all authors.

Entries will have 5 minutes and 2 Powerpoint slides to present their idea on Nov. 20th at the Grand Challenges Competition. A select group of Grand Challenges authors will be asked to prepare a 1-page paper to be submitted to the White House Office of Science and Technology Policy and the Defense Advanced Research Projects Agency. PLUS, there will be cash prizes! 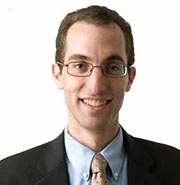 Bob Kopp, Assistant Professor in the Department of Earth & Planetary Sciences and Associate Director of the Rutgers Energy Institute, was selected as the 2012 recipient of the William Gilbert Medal from the American Geophysical Unions (AGU).  The William Gilbert Award may be given annually to a candidate who exhibits excellence in at least one of the following categories: scientific rigor, originality, and the impact of research; leadership and service to the GP research community; development of new cross-disciplinary research areas and methods.

REI member Professor Jing Li is one of the six recipients of the first-ever C3E award in clean energy. Li is recognized for her contributions in the Innovation and Technology Development category. The Clean Energy Education and Empowerment (C3E) program is an effort to advance the careers and leadership of professional women in the field of clean energy. The program was launched by nine governments at the first Clean Energy Ministerial in July 2010. Led by the U.S. Department of Energy, the U.S. C3E program is designed to help increase the number of women engaged in clean energy disciplines, from science and academia, to industry, to policy, to advocacy.

IGERT Trainees and Faculty Participate in the Africa MRS Conference 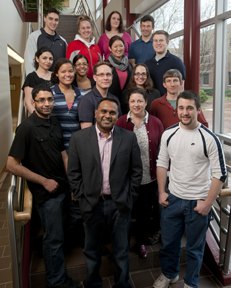 Profs. Eric Garfunkel and Jing Li and seven IGERT trainees recently traveled to Victoria Falls, Zimbabwe to attend the 6th International Conference of the Africa Materials Research. Prof. Garfunkel was Chair of the International Advisory Committee for the conference and in charge of the scientific program which included sessions on Materials for Energy and Sustainability; Life, Health and the Environment; and Materials Education, as well as a workshop series. The IGERT graduate students, PhD candidates in materials science and engineering, chemical engineering, physics and chemistry, were given the opportunity to present their research to a diverse group of scientists from around the world. The conference was attended by more than 300 participants bringing together leaders in basic materials science and nanotechnology, as well as researchers working on novel practical materials solutions to African relevant problems. 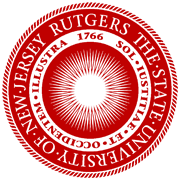 Rutgers University was founded as Queens College in 1766. As the state university of New Jersey, Rutgers is considered one of the premier research universities in the country and is nationally recognized for its more than 100 undergraduate programs, masters programs, and more than 80 doctoral degree programs. With over 54,000 enrolled students, the university is a member of the Association of American Universities.

In addition, the university is a member of the USGBC, Association for the Advancement of Sustainability in Higher Education, and, the New Jersey Higher Education Partnership for Sustainability, as well as Energy Star and a CHP Partner with the EPA. In 2009, the university signed a Memorandum of Understanding with the EPA and was recognized this year as the largest reducer of greenhouse gases out of all the higher education signers.

The university has more than 800 buildings throughout the state, with major campuses in New Brunswick, Piscataway, Newark, and Camden. The physical plant stock includes everything from buildings on the National Historical Register to structures that were formally part of Camp Kilmer to buildings built with the 21st century in mind.

FORMULATION OF A PLAN:  Antonio Calcado, vice president of facilities and capital planning, charged his departments with the task of reducing the university’s dependence on fossil fuels and to reduce the university’s greenhouse gases with the intention of making its physical plant more sustainable. “We believe that institutions of higher education should not only teach but should practice what they teach and lead by example. The campus should be a living laboratory, seizing on opportunities to not only better the environment for students, staff, and citizens but to have an impact on our economics as well. That’s the culture we strive to create at Rutgers,” said Calcado. The university spends over $60 million dollars a year on energy, and Calcado’s vision led to a number of energy conservation and carbon reduction efforts.

The purpose of the 2011 Energy Master Plan is to document the Christie Administration’s strategic vision for the use, management, and development of energy in New Jersey over the next decade. As required by law, the EMP includes long-term objectives and interim measures consistent with and necessary to achieving those objectives.