HAVE A GREAT ENERGY IDEA FOR A STARTUP?

Please note that faculty can be involved as mentors, but the competitors should be undergraduate and graduate student teams.

Anne Marie Carlton , assistant professor in the Department of Environmental Sciences, has been appointed to a newly established ad hoc National Research Council committee on the Future of Atmospheric Chemistry , whose goal is to identify priorities and strategic steps forward for atmospheric chemistry research for the next decade.  The Committee will study the need for supporting a comprehensive U.S. research program in atmospheric chemistry, including how research in this area contributes to advancing our understanding of climate change, air quality, the carbon and nitrogen cycles, the energy and water cycles, and the overall role of the atmosphere in Earth system science.

Eric Lam, professor in the Department of Plant Biology and Pathology, and  director of the Biotechnology Center for Agriculture and the Environment, School of Environmental and Biological Sciences, Rutgers University¬–New Brunswick, received a Fulbright Grant for research and teaching in Brazil.  Eric Lam, also a member of the Rutgers Energy Institute, will continue his work on improving biofuel production by enhancing plant sources. Learn more

Robert Kopp, associate professor in the Department of Earth & Planetary Sciences and associate director of the Rutgers Energy Institute, has been named a 2015 Leopold Leadership Fellow for his exceptional scientific qualifications, demonstrated leadership ability, and strong interest in sharing his knowledge beyond traditional academic audiences. Learn more

Introduction to Bioenergy Technologies Course Online for the Spring

Are you interested in learning about bioenergy technologies online?

Course 11:776:112 Introduction to Bioenergy Technologies will be offered in the Spring 2015 semester and focus on biomass and bioenergy technologies and their sustainable applications. 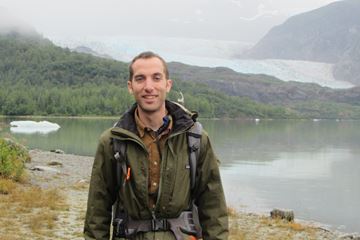 EPA’s State and Local Climate and Energy Program has launched a new tool that estimates the emissions benefits of energy efficiency and renewable energy policies and programs. The AVoided Emissions and geneRation Tool (AVERT) is a free tool with a simple user interface designed to meet the needs of state air quality planners and other interested users. Non-experts can easily use AVERT to evaluate county-level reductions of electric power plant emissions due to energy efficiency (EE) and renewable energy (RE) policies and programs.

The new technology is a novel catalyst that performs almost as well as cost-prohibitive platinum for so-called electrolysis reactions, which use electric currents to split water molecules into hydrogen and oxygen. The Rutgers technology is also far more efficient than less-expensive catalysts investigated to-date.

“Hydrogen has long been expected to play a vital role in our future energy landscapes by mitigating, if not completely eliminating, our reliance on fossil fuels,” said Tewodros (Teddy) Asefa, associate professor of chemistry and chemical biology in the School of Arts and Sciences. “We have developed a sustainable chemical catalyst that, we hope with the right industry partner, can bring this vision to life.”

Rutgers Energy Institute associate director Robert Kopp served as co-leader on a prospectus, the first report to provide a national set of estimates of costs of climate change to key sectors of the state economies.

The report, titled Risky Business, relies upon research also released today in the American Climate Prospectus: Economic Risks in the United States(ACP). Like a financial prospectus, the prospectus assesses the risks and opportunities for the United States associated with ongoing and future climate change.

The ACP, co-led by  Rutgers climate scientist Robert Kopp, along with colleagues from the University of California, Berkeley, and from the private consultancy Rhodium Group, is the first to provide a national set of estimates of costs to key sectors of the state economies.

SolarWorld, the largest solar manufacturer in the U.S. and Europe, is now accepting applications for the 2014 SolarWorld Junior Einstein Award. Now in its ninth year, the Junior Einstein Award is the oldest and most prestigious prize for young scientists doing research relevant to the photovoltaic industry.

Graduate students in electrical engineering, mechanical engineering, renewable energy, engineering, chemistry, physics, process engineering or a similar discipline with a thesis focused on solar technology or a related area are eligible to apply. The applicant’s scientific thesis in German or English must have been written between June 2013 and April 2014. The application deadline is April 15, 2014.

A jury composed of well-known photovoltaic experts will choose the recipient of the prize, which will be presented this year during Intersolar, a premier solar-industry trade show, in Munich, Germany. More information and the application form are available at: http://www.einstein-award.de/en/junior-award .

The average fuel economy (window-sticker value) of new vehicles sold in the U.S. in February was 25.2 mpg--up 0.1 mpg from the revised value for January, and up 5.1 mpg from the value for October 2007 (the first month of our monitoring). For a description of the calculations and the recent mpg values, please click here.

The University of Michigan Eco-Driving Index (EDI)--an index that estimates the average monthly emissions of greenhouse gases generated by an individual U.S. driver--stood at 0.78 in December (the lower the value the better). This value indicates that the average new-vehicle buyer produced 22% lower emissions in December 2013 than in October 2007. The EDI takes into account both vehicle fuel economy and distance driven (the latter relying on data that are published with a two-month lag). Please click here for a brief description of what the EDI is, how it is calculated, and the current and recent values of the EDI.

Duckweed is a tiny floating plant that’s been known to drive people daffy. It’s one of the smallest and fastest-growing flowering plants that often becomes a hard-to-control weed in ponds and small lakes. But it’s also been exploited to clean contaminated water and as a source to produce pharmaceuticals.

Now, the genome of Greater Duckweed (Spirodela polyrhiza) has given this miniscule plant’s potential as a biofuel source a big boost.

In a paper published February 19, 2014 in the journal Nature Communications, researchers from Rutgers University , the Department of Energy Joint Genome Institute and several other facilities detailed the complete genome of S. polyrhiza and analyzed it in comparison to several other plants, including rice and tomatoes.