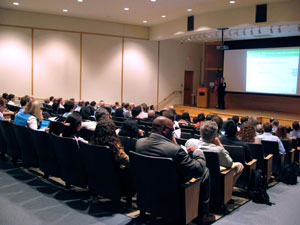 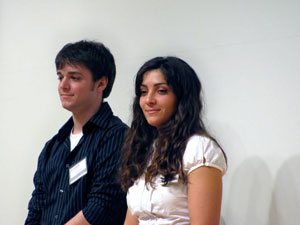 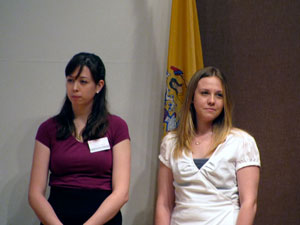 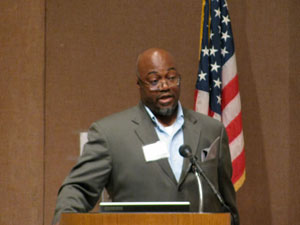 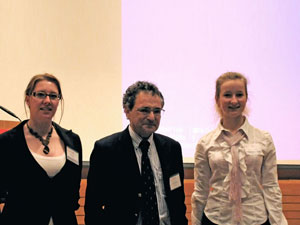 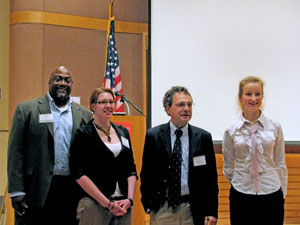 Summary of the proposal: Rutgers residential students, concerned about their tap water quality, continually consume bottled water. Since recycling is difficult to enforce in an apartment setting, the fate of plastic bottles can often be the waste stream, not with recyclables. In an attempt to lower the amount of energy expended in waste disposal at Rutgers University, this project proposes the installation of activated-carbon water filters on apartment kitchen sink faucets. Promoting the use of tap water would reduce the consumption of bottled water on-campus and endorse sustainability at the University. Ultimately, fewer recyclable plastics would end up in the waste stream destined for the landfill. Rutgers would see the benefit of this proposal in the form of lower waste disposal costs, including, but not limited to, tipping fees, transportation costs, waste operation and maintenance costs. Click to read more...

Summary of proposal: Rutgers currently spends more than $100,000 per year to get rid of leftover food at its four dining halls. A local pig farmer, Steve Pinter of Pinter farms is paid to haul away about 10 tons of food waste per day from the four dining halls, which he reportedly feeds to his pigs. Although it is a good thing that the food waste does not end up in a landfill contributing to the greenhouse gas emissions, we believe that we are paying to throw away a useful commodity. By implementing an anaerobic digestion chamber on campus this food disposal fee will no longer be required. The philosophy behind the anaerobic digester is that the leftover will be converted to natural gas that can be utilized by Rutgers. This is achieved by specifying conditions within the chamber that are optimal for specific microorganisms that breakdown the leftover foods and convert them to gas. The process is akin to composting. The starting cost to implement the chamber will be outweighed over the span of a few years by the amount the University saves by not paying the pig farmer. This does not include the savings from the utilization of the fuels generated by this process or the environmental benefit of the chamber. Click to read more...

Summary of proposal: The dining halls on the New Brunswick/Piscataway campuses generate a staggering 5 million lbs. of food waste per year. However, in characteristic environmentally responsible fashion at Rutgers, this food waste is not sent to rot in landfills but is pulped and recycled as swine feed instead - an arrangement that cost Dining Services $108,500 last year. While this solution does prevent the further filling of landfills and release of greenhouse gases into the atmosphere, it is not Dining Services only environmentally responsible option. As opposed to the “do nothing” option, in which Dining Services would continue to pay to pulp the food waste and have it picked up and used by the pig farmer, Dining Services could install an anaerobic digester that utilized the University’s food waste to generate natural gas for cooking in the dining halls. Although anaerobic digestion systems - which have been widely employed and refined throughout Europe - have notoriously large initial capital costs, various economic analysis methods in this report conclude that such a project at Rutgers University could indeed be economically profitable in addition to being environmentally responsible. Click to read more...

Summary of proposal: This proposal will detail a simple, cost-free method by which Rutgers University could reduce its environmental footprint, minimize costs by reducing energy consumption and promote environmental awareness and sustainability. Trayless dining would effectively address all of these concerns. Trayless dining reduces Rutgers’ environmental footprint in three ways: it decreases food waste by 25-30% per person; it limits energy use by minimizing the electricity and water consumption used to clean trays; and it reduces the amount of chemical detergents and discharge that would normally be disposed of in landfills or water-treatment facilities. Each tray requires one-third to one-half gallon of water per cleaning, as well as the electrical energy to run the dish machines and to heat the water. This program would also promote student environmental awareness. Students would engage in sustainability awareness on a daily basis which would necessarily spread education and awareness of environmental issues. Students would be able to participate in a green initiative which would have both personal and community implications. An ARAMARK study found that 79% of students at North American universities said they would accept the removal of trays in an effort to reduce waste on campus. Click to read more...

Summary of proposal: This 3 credit independent study allows students to develop a plan that will save Rutgers University energy. With a comprehensive and feasible idea they will work independently and with an adviser to implement their project/program. The student(s) could develop a social program that will educate students and faculty that will inspire behavioral changes that will conserve energy or develop a project consisting on an energy upgrade(s) for the University's infrastructure. There are thousands of good ideas and ways to conserve energy, including the winners of this contest from previous years, but it is time to implement them and have the students be the task force behind it. Students will have a say in how this University is run giving them a sense of ownership and responsibility in their school. Click to read more...