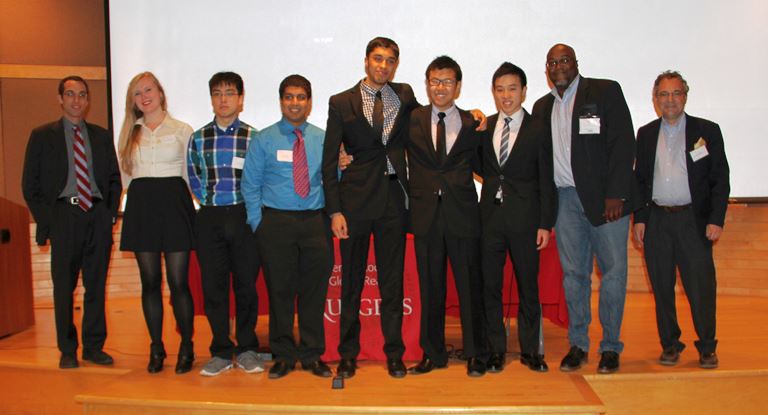 Major(s) Materials Science & Engineering (all). Abstract: One major opportunity for energy innovation is presented in President Robert Barchi's recently approved Strategic Plan, which calls for the construction of six new academic buildings and three new residential buildings totaling over 1.3 million ft2 in the next decade. It is of pivotal importance that they are designed with energy conservation in mind, which allows for a promising proposal utilizing Borehole Thermal Energy Storage (BTES) technology. BTES systems involve storing thermal energy several hundred feet underground, to provide heating in the winter and cooling in the summer. Using a similar case study at The Richard Stockton College in New Jersey, the authors of this proposal estimate that this solution can generate upwards of $1.44 million and reduce carbon emissions by over 15.1 million pounds annually, which is the equivalent of taking 2,000 cars off the road each year. With an estimated payback time of only 8 years, BTES can be financed in a very short period of time relative to the lifespan of the buildings. Funding the initial investment would not be an issue given that Rutgers is already spending over $250 million to finance the construction of the buildings, in addition to the $750 million Building Our Future Bond Act. The university would only need to raise an additional 4.5% in funds, which can be easily achieved through a combination of borrowing, utilities rebates, grants, or existing funds.

Major: Environmental Policy, Institutions and Behavior, and History. Abstract: The proposal focuses on the idea of green roofing on campus buildings that are viable as rooftop gardens as well. The main premise of the proposal is to implement a rooftop garden atop Brower Commons that will extend to other University buildings upon the completion of the trial run. The focus will be on the promotion of energy efficiency through the use of green roof and the promotion of localized farming to decrease the number of miles students and community members travel in order to purchase localized food. The project will further promote green activities and includes calculations of various green roofing systems and studies of rooftop gardens in order to get a better understanding of the viability of the project.

Mehta Major(s): Materials Science and Engineering Minor(s): Economics Yong Major(s): Computer Engineering & Computer Science. Abstract: Our proposal is to harvest energy from three basic forms of energy: thermal, light, and kinetic. We plan to harvest this energy through devices developed that can convert these three forms of energy to electrical energy (which we call ‘energy recycling’). We also plan on using autonomous feedback to have users monitor their own electronic energy consumption. The goal of this proposal is to reach self-sufficiency in energy costs where Rutgers University can save more than half of their current energy costs and generate enough to become optimal. The proposal remarks the costs to benefits analysis where the benefits outweigh the costs as well extra energy left for storage. In addition, there is a social impact analysis of what the potential social benefits are. The proposal is comprised of a comprehensive twelve-step strategic plan to implement the proposal which will take place in three stages.